The City of Kinder

This is a brief account of the history of Kinder, because many of the records were destroyed in the Parish Court House fire in 1910.

The history begins October 1, 1804 when Louisiana was divided into two territories, the lower being the "Territory of Orleans.” The parish in the southern segment was St. Landry Parish, divided again in 1840 when the Imperial Calcasieu was formed. The present parishes of Beauregard, Allen, Jeff Davis, Cameron and Calcasieu were all included in the Imperial Calcasieu. At the time Kinder was first declared a village it was part of Lake Charles. As the parish became more populated, another division was necessary on June 12, 1912. Three parishes were carved out of the Calcasieu: Jeff Davis, Allen and Beauregard. The Northeastern area was named Allen after the Confederate governor of LA, Henry Watkins Allen.

Settlement began in this area in the late 1800's, with Indians and French settlers.

In the Southern part of the parish, about three miles from the Calcasieu River, the small village of Kinder was founded in 1903. In the vicinity were Canadian descendants called Acadians, who settled east of here in the Opelousas Territory. They became known as "Cajuns.” They migrated in this direction and built small houses in the outlying area of the present site of Kinder. Their language was French and their religion almost entirely Roman Catholic.

The people used wagons to travel over deep rutted trails for supplies in Welsh, or Lake Charles. When the Homestead Act passed, large numbers of settlers from east of the Mississippi moved into this part of Louisiana to file their claim. One of the first persons to take advantage of the Homestead Act was James A Kinder of Mississippi. He arrived July 9, 1889 and took a soldier's claim of 138.97 acres on what is now the site of Kinder.

He and his brother operated a small business at what is now the intersection of 165 and 190. The store was known as Kinder's and became the name of the town from popular usage. Kinder sold his claim December 28, 1892 to Jabez Watkins. Watkins came from Kansas to build 100 miles of railroad from Lake Charles to Alexandria. The line was Kansas City Watkins and Gulf Railway Co, but locally known as "The Watkins Road.” The first indication of the railroad brought a wave of excitement. "Business will be good; we can go places the river don't.” The railroad played a major role in the growth of Kinder, and with transportation available, sawmills sprang up and industry came to this area, including timber, turpentine and much more. Another railway came through around 1911 – it was the "Gulf Coast" or "Frisco Line” and ran east and west.

Kinder remained a village until 1911, when then census showed a population of 1,088, classified as a town. Governor Jared Young signed the proclamation March 4, 1911.
As the years have rolled on the citizens of Kinder have seen many changes into the town we know today. 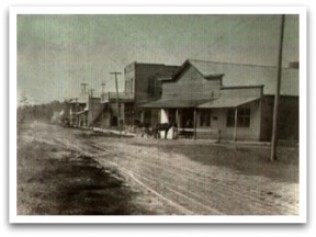 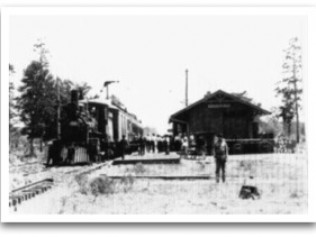 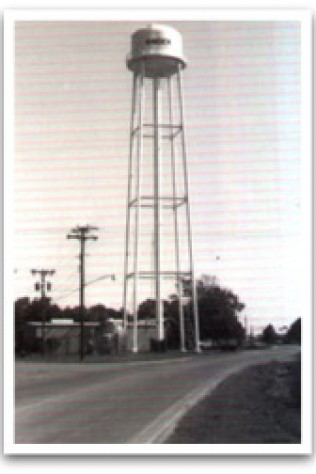